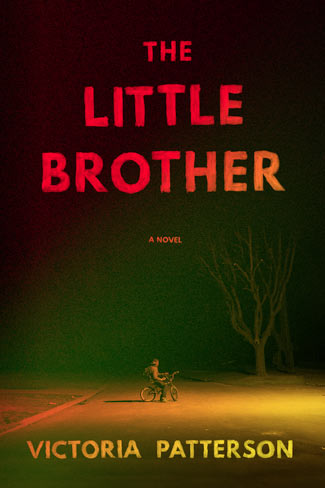 THE LITTLE BROTHER
AUGUST 2015 · FROM COUNTERPOINT

Since his parents’ divorce, Even Hyde’s life is divided between living with his successful father in the rich hamlet of Newport Beach, California and infrequent, quick visits to his unstable mother in Rancho Cucamonga. His brother Gabe isn’t so lucky. Feeling discarded and left behind, Gabe lives full time in Cucamonga and only spends weekends with his brother and father.

Instilled at a young age that they remain close and protective of one another, Even tries to manage his older brother’s quick temper and evolving addiction to skipping school and smoking weed. Their different worlds begin to impact the maturing boys, their independence enabled by distracted parents and their father’s wealth. But then one summer weekend, Gabe commits a crime so unbelievably heinous that Even cannot forgive his own flesh and blood for it. And when the only evidence of the crime falls into Even’s hands, he must contend with a life-changing decision: does he do the right thing and give the evidence to the police or does family come first?

Based on real-life events, Patterson’s stark, provocative novel, reminiscent of Louise Erdrich’s The Round House and Herman Koch’s The Dinner, examines the cruel side of human behavior and how even the right decisions can destroy the bonds of family.

“Victoria Patterson is a capable and ­canny writer, and she would have to be to take on the subject of her newest novel, The Little Brother, and produce so arresting and haunting an experience.”
—New York Times

“Patterson’s (The Peerless Four, 2013) well-crafted novel explores a dilemma as old as time: Where is the moral ground when family loyalty and the law become opposing forces?…Patterson turns a gimlet eye on this age-old predicament and imbues it with gripping twenty-first century relevance.”
—Booklist

“In The Little Brother, Victoria Patterson focuses her unflinching eye on the dark heart of American male privilege. With empathy and dazzling skill, she illuminates an unspeakable crime and the depraved culture that made its reality not only possible, but inevitable. This is an important novel, both terrifying and redemptive, and another reminder that Victoria Patterson is one of our most fearless writers.”
—Jim Gavin, author of Middle Men

“The Little Brother takes on a real-life situation from the headlines, but Victoria Patterson etches it into fiction – the sad and scary kaleidoscope of family, loyalty and betrayal.”
—Susan Straight, author of National Book Award Finalist Highwire Moon

“As with many a real-life disaster story, The Little Brother begins with just the slightest tug of something not-quite-right and in practically no time we find ourselves in a dangerous, stomach-churning conflict between decency, loyalty, truth, lies, the good life, and the not-so-good one. Patterson has chosen to tell her unsettling tale through Even, the brother of a man accused of rape, and the ordeal for his own flawed family and his brother’s victim turns out to be unfailingly horrifying, heartbreaking and, of all things, unexpectedly humane.”
—Jim Krusoe, author of Parsifal